It was after we had completed our distribution of clothing that we realized that many people also needed eyeglasses. It was something we had not even thought about, but it was brought to our attention after we had become acquainted with a young man who later became central to our work in the Itawes region.

First, I will tell the story of how we met him. At least two or more preachers from churches in Amulung and Penablanca (two nearby towns) brought a young man to our home that they said was very good in witnessing for the Lord. He had married a girl who lived in the mountains of Penablanca, and one of the preachers who brought him was her father. This young man’s name was Tirso Ibarra. We decided that if he was this important to these preachers, he must really be able to share the gospel in a good way. He had won several in his family to the Lord, and several of his friends who were farmers in Alibago, a barrio of Enrile. He was in the process of moving to Enrile where his own father and mother lived with the rest of their children. The preachers wanted us to help Tirso with a Bible study he wanted to have in the home of the barrio captain at that time, so we decided to help him. Chuck and I had completed the books of Mark and Luke by this time, so we had a book the people could study in their own language. Chuck would be the teacher, and Tirso would be the one to bring in the people he knew needed to come. However, as we got into the study, we realized that the people were not able to read. They knew how to read, but their eyes were so bad they could not see well enough to read. This was how the need for eyeglasses was brought to our attention. Therefore, we decided to write to friends in the States and see if they would send us their old eyeglasses so these people could use them.

It wasn’t long until we began receiving glasses from the States for these people. As the word got out to others in the States, and we wrote about the way the glasses were such a blessing to the folks in Enrile, we began to get more and more glasses. We were also able to give them to the people in the church in the Centro where we lived and attended on Sundays. As we received more, we let people in other churches come to get glasses, as they were reading these books, too. Gradually, over the years, the glasses were open for any Itawes who needed them, so if they had one of our books, they could read it in their own language.

A church was founded eventually in Alibago, a barrio in Enrile, where Tirso and his family lived, and the members there were using the glasses they had received from this program. Because of their study of the Word of God in their own language, they were able to realize their need to accept Jesus Christ as their own Lord and Savior, so this program was truly vital for the growth of the church. In fact, due to Tirso’s good witnessing to the people in Alibago, we decided to send him to Aparri Bible Seminary along with his wife, Rosie, and their small children. Tirso was the minister of the Alibago Church which eventually built a little chapel of their own, and he came home every Sunday to preach for them. He graduated from ABS, and it wasn’t long before he was going out to preach in other areas, and he started several churches in Penablanca, a town nearby. Years later, he went together with another minister to start a radio program, Napia nga Dumug Para kan Ikaw, or Good News for You. Eventually, that program became what it is today, in which he preaches the good news of the gospel over the radio in both Itawes and Ibanag. The first half hour, he preaches in Itawes, and the second half hour, he preaches the same message in Ibanag, a nearby dialect spoken by other people in the area. More churches are being established as the Word is spread out to far flung places in the mountains as well as the lowland, and it is a wonderful thing to see. People from those places came to get glasses at Christian education seminars we had every two months, and the preachers who went into the mountains to these new churches took glasses with them so the people there could get them, too.

(In later years, we shared these eyeglasses with the Malaweg people as we worked with them on their translation. This was a real blessing to them because glasses were so expensive that it was prohibitive for most people to purchase their own, especially farmers and people living off the land or even working in the local municipal hall or government jobs.) 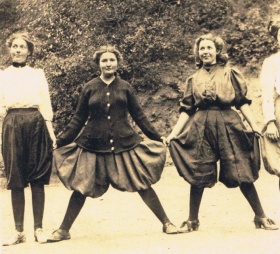 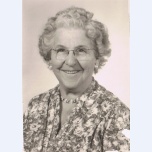 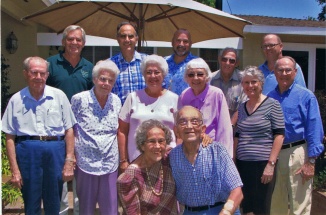 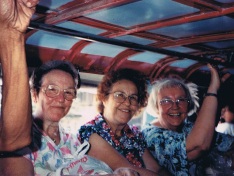 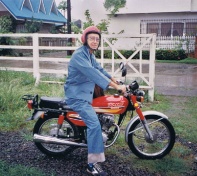 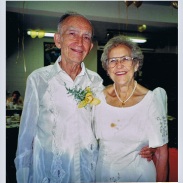 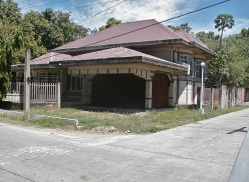 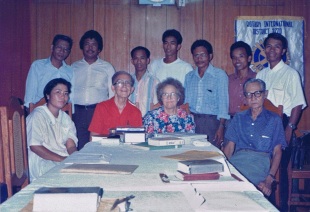 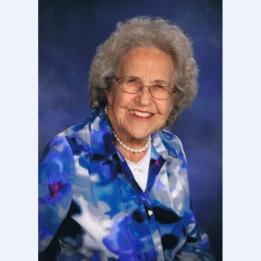 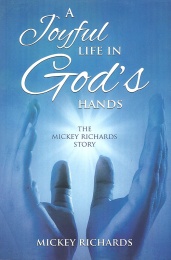